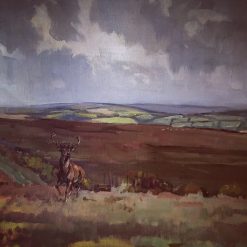 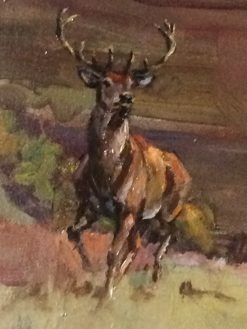 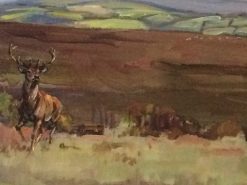 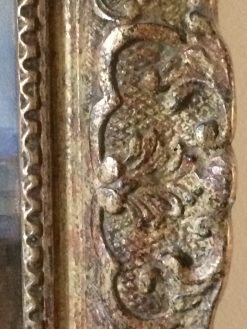 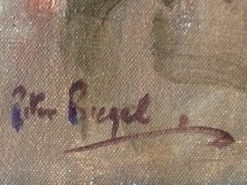 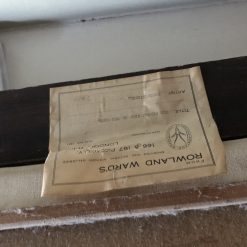 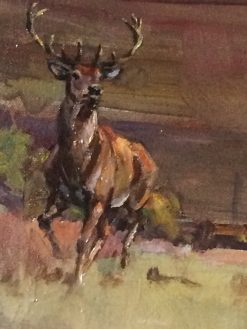 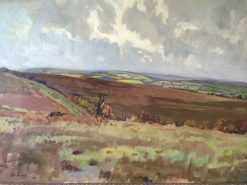 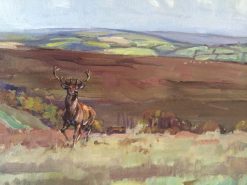 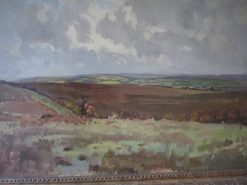 Peter Biegel was, during his lifetime, regularly called ‘the best painter of the horse today’. He was a fine artist trained by the best, and he  focused his activity on the greatest race horses of his time.
Peter Biegel was born in Hertfordshire to an Irish mother and Dutch father who had a love of horses and hunting. Peter had a pony as a boy and often rode to hounds. Upon leaving school he initially went into his fathers family business as a steel broker in London, which was something he did not enjoy. In 1938 the business collapsed and with his small savings Peter Biegel became a student of that great equine artist Lucy Kemp-Welch. With the onset of war his art studies once again took a back seat until he was wounded in the leg and returned home . It was as a result of a chance meeting with another great painter of the horse , Lionel Edwards , on a train to a medical examination that had the greatest impact upon his life. He struck up a dialogue with him and showed him some of his paintings to which Edwards advised he take additional lessens which he did at Bournmouth School of Art and then with Edwards himself.In 1948 Peter Biegel left the apprenticeship with Edwards and married Theodora Kennett who would also become his manager and secretary.
In 1950 Peter Biegel had his first exhibition with the Rowland Ward Gallery and one painting ‘The Winter Game’ was accepted by the Royal Academy. The following year he had twenty of his paintings shown at the Festival of Britain Exhibition.
By the mid 1960’s Peter had become the favourite of many trainers and owners particularly the Queen and Queen Mother. Many charities have benefited from outright gifts of his paintings and he only painted very few works after the late 1970’s and sadly died in 1989.
His work is represented in many private and public collections including that of  Her Magesty The Queen. 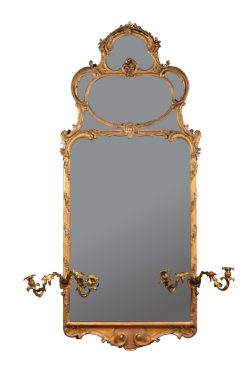 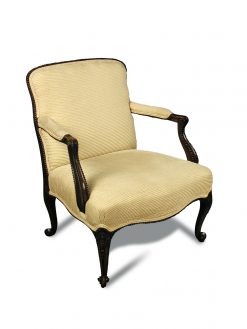 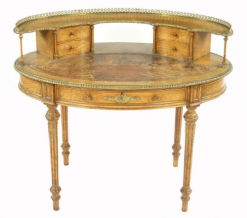 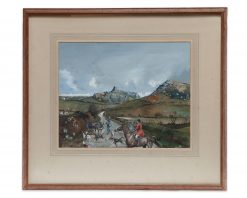